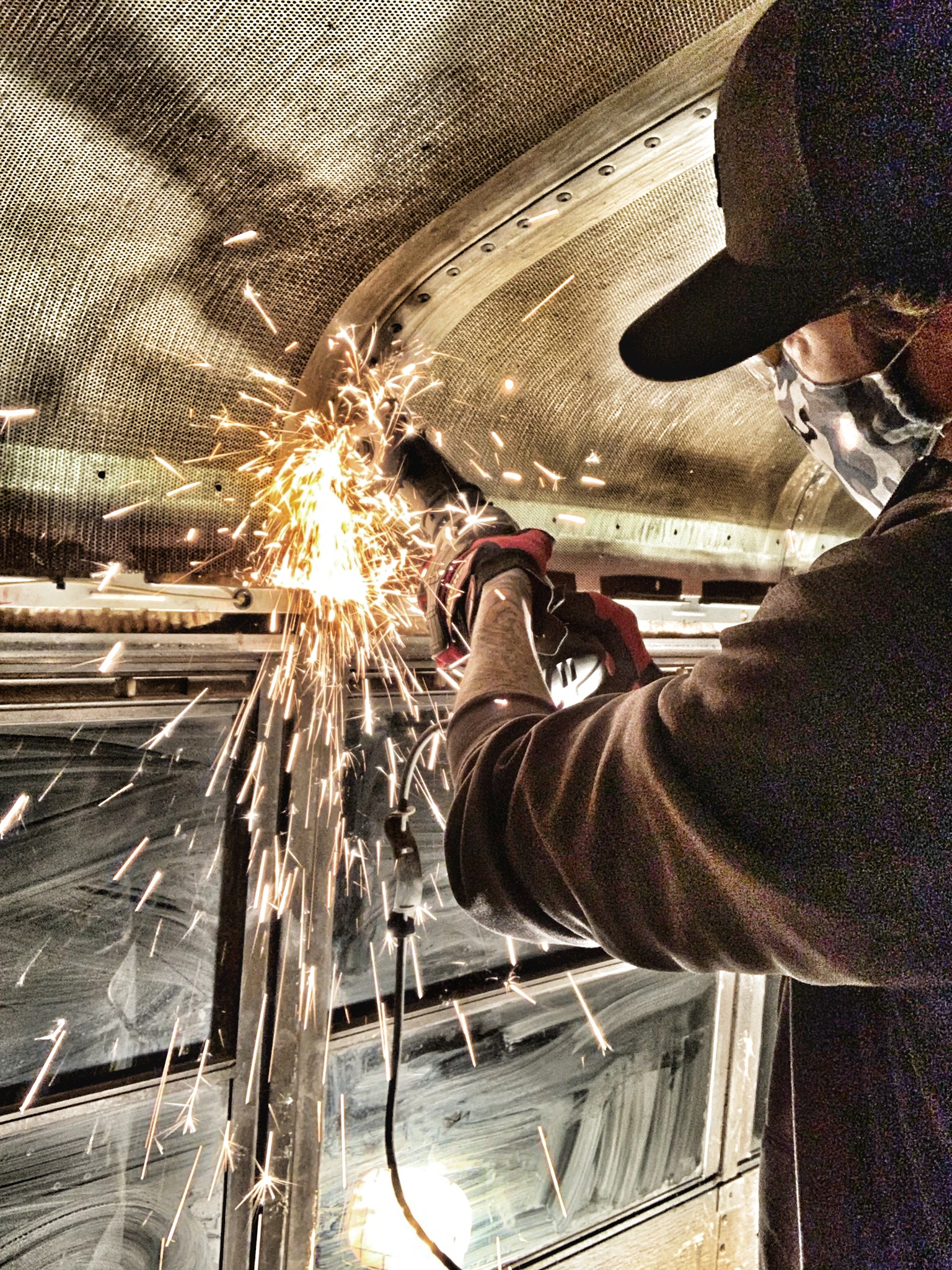 How To Remove Screws from School Bus Ceiling

*This post contains affiliate links for which I may gain compensation from at no cost to you.

On day one of demo, the first thing we tried to do was remove the WOW WAGON’s metal ceiling panels. This proved to be quite the task. We quickly realized after several attempts that this was not going to happen as easily as we expected. A handful of the hundreds of screws came out using a power drill but most of them were instantly stripped. These screws were sealed. There were dozens of How To videos out there but none that really had our particular issues.

Dealing with an older bus – it’s a 1992 International Bluebird – it’s not surprising that we would run into a few issues. What was surprising was how little information about this issue was out there. We took a lunch break and scoured YouTube and Google using different keywords and turning up with nothing. One promising video boasted the power of Blaster, which is a penetrating lubricant spray that’s supposed to aide in loosening up screws or bolts seemingly frozen in place. Sorry to say, this didn’t help us one bit. Haha see what I did there? Bit – drill bit? Anyway, that’s why I’m addressing this issue for others having a similar problem removing the screws from a school bus ceiling.

First, a Dewalt angle grinder was used to cut a groove across each screw. The groove needed to be wide enough to accommodate a flat head screw driver to manually loosen the screw and finally, a Makita power drill was used to completely remove the screw. Some of them were cracked which required a chisel and hammer to eventually knock them off. All in all, this process required two and a half full days of dual man power. It wasn’t easy but it was certainly rewarding to see the red underside of the roof behind the almost thirty-year-old fiberglass insulation.

I wouldn’t call us pros and I definitely can’t take any of the credit for this leg of the demo but we’d be happy to answer any questions you might have. With the help of James’ father, once again, we figured out the best method for us. The lack of information was the real struggle and knowing how someone else was successful can be very helpful when navigating your own method. Happy bus conversion to you!